Karl Bareis is a builder specializing in one-of-a-kind timber frame structures. Based in Santa Cruz, CA, Karl has had an ongoing relationship with traditional and rural Japan for over thirty years. 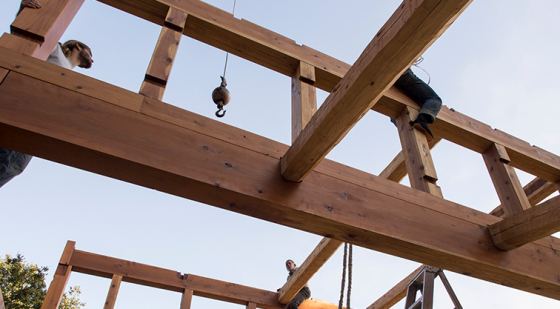 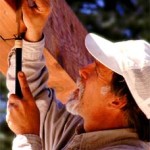 Very soon after arriving in Japan in 1969, I began to take long walks away from the cities and into the countryside dotted with fields and villages. Meandering pathways led through rural settings with individual homes clustered in distinct groupings along river banks or against hillsides.

Even the eyes of a neophyte could quickly see a contrast in scale between the crowded cities and the well-endowed landholdings of the farmers…not just the scale of the houses, but the obvious material abundance of the people as expressed in the details in architecture, the careful upkeep of venerable straw thatching, or the complexity of heavy gray-tiled roofs.

From this simple beginning I came to love Japanese culture and eventually found a way to work in Kyoto as an apprentice carpenter. Learning to work with the Japanese tools and measurements put me in touch with the Japanese builder’s logic, a systematic language which was slowly revealed through repetition. It includes a basic understanding about building as well as the specific uses of different types of wood.

These are buildings where the finished product suggests a long term commitment to sustainability, and which are expressly designed to last long enough to allow the forest to recover. Each structure is analyzed to withstand an earthquake of 8.0, and 100 MPH winds. The final product should last well into the twenty-second century.